Living a Life Dedicated to Ostomy Support and Service

David Rudzin, past Treasurer and National President of United Ostomy Association (UOA), spends every free moment advocating for ostomy support for others near and far. 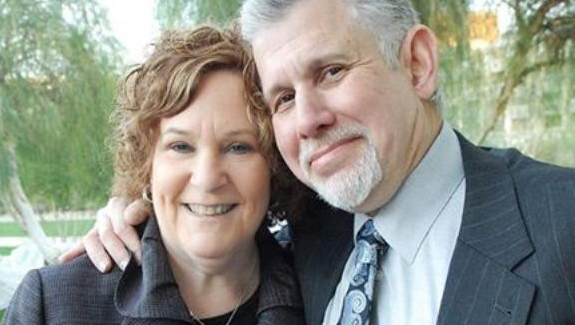 Read about how David, who refused to psychologically deal with his own ileostomy for 17 years, became an ostomy support advocate.

Diagnosed with Ulcerative Colitis at 18 months old, David was the youngest person treated at the time for the disease at the University of Chicago Medical Center by renowned Gastroenterologist, J.B. Kirsner. After David experienced a flare-up between freshman and sophomore years of college, Dr. Kirsner suggested that he have ileostomy surgery.

“He told me I was like a son to him, since he knew me my whole life,” says David. “Dr. Kirsner assured me I’d be fine after surgery and I trusted him.”

Turns out he was right. At 18 years old, David’s body healed quickly, but he was overcome with insecurity and sought ostomy support. He compared himself to television character, The Six Million Dollar Man, who, after an accident, was rebuilt with bionic strength.

“I was rebuilt, too, but not like he was,” explains David. “I considered myself a freak of nature and warned my college roommates not to tell a soul about my ostomy.”

After graduating from college, David became a successful financial analyst and got married. It wasn’t until he had children that his insecurity started to lift. When his children asked about his pouching appliance, he simply explained its purpose, and they accepted it without further question. One day the kids even begged him to jump into the pool with them.

“I had avoided swimming after surgery, and just had to conquer my fear for my kids,” says David. “So I jumped in and the only thing that happened was I got wet!”

At age 35, this experience gave him the courage to attend his first ostomy support group meeting.

“I said to myself, if I’m old enough to be president of the United States, I’m old enough to get over this—so I went,” David notes. To his surprise, David ended up finding ostomy support throughout the community, got himself involved, and later became president of the Greater Chicagoland Chapter of UOA. Then, in 1999, he attended his first United Ostomy Associations of America (UOAA) national conference in Reno and made lifelong friends.

“I began talking to people in ostomy support groups and at conferences. I had issues in the past and I wanted to help people avoid those same problems,” says David.

As a passionate political advocate, David held national offices in the UOA and later, as it became the United Ostomy Associations of America (UOAA), from 1999 to 2015. Whether serving as treasurer or president he always gave it his all. A test to his leadership came in 2013 when news hit about violent street gang activity called “bagging” in the Cincinnati area, and a police program intended to deter gang activity that put the ostomy community in a negative light. In this unfortunate practice, attackers intentionally wound others in the intestines to require emergency ostomy surgery. The interim police chief of the Cincinnati Police Department was quoted making a disparaging comment about people with ostomies.

“Boy, oh boy, did he mess with the wrong group of people,” says David.

The leadership team of UOAA and other groups in the community rallied people with ostomies from all over the world to bombard the Cincinnati Police Department with Facebook posts and emails expressing their disdain for this stigmatized attitude about ostomies. In response, the interim police chief contacted UOAA asking what they wanted in exchange for ceasing this overwhelming show of ostomy support. Finally, as requested, a written apology was sent directly to the UOAA National Conference in Jacksonville, Florida, and was presented to all the attendees.

A life-long commitment to ostomy service and support

David continues to jump into anything and everything related to ostomy support and ostomy support groups. He and his second wife, Barbara, former Director of the Crohn’s and Colitis Foundation of America, plan to move to Arizona where he envisions working with the nursing community to help eliminate the stigma surrounding ostomy surgery. And don’t be surprised if you see David on the UOAA board of directors’ ballot again!

In the meantime, David continues to use his many years of experience to counsel others with ostomies. “Look, I’ve been where you are, and just know that people don’t care that you have an ostomy. As long as you’re a decent person and are kind to them, they’re going to judge you for who you are,” explains David. “I didn’t know that at 18 and I wish I had.”

David Rudzin is a Financial Analyst and the former Treasurer and National President of the United Ostomy Associations of America. When not counseling others with ostomies, he enjoys sports, especially Chicago Blackhawks games, travel and getting together with family and friends. He and his wife Barbara live in Northbrook, Illinois, and hope to relocate to Arizona within the next couple of years. They have five sons ranging in age from 25 to 34 years old and three grandkids.

Financial Disclosure: David Rudzin received compensation from Hollister Incorporated for his contribution to this eNewsletter.