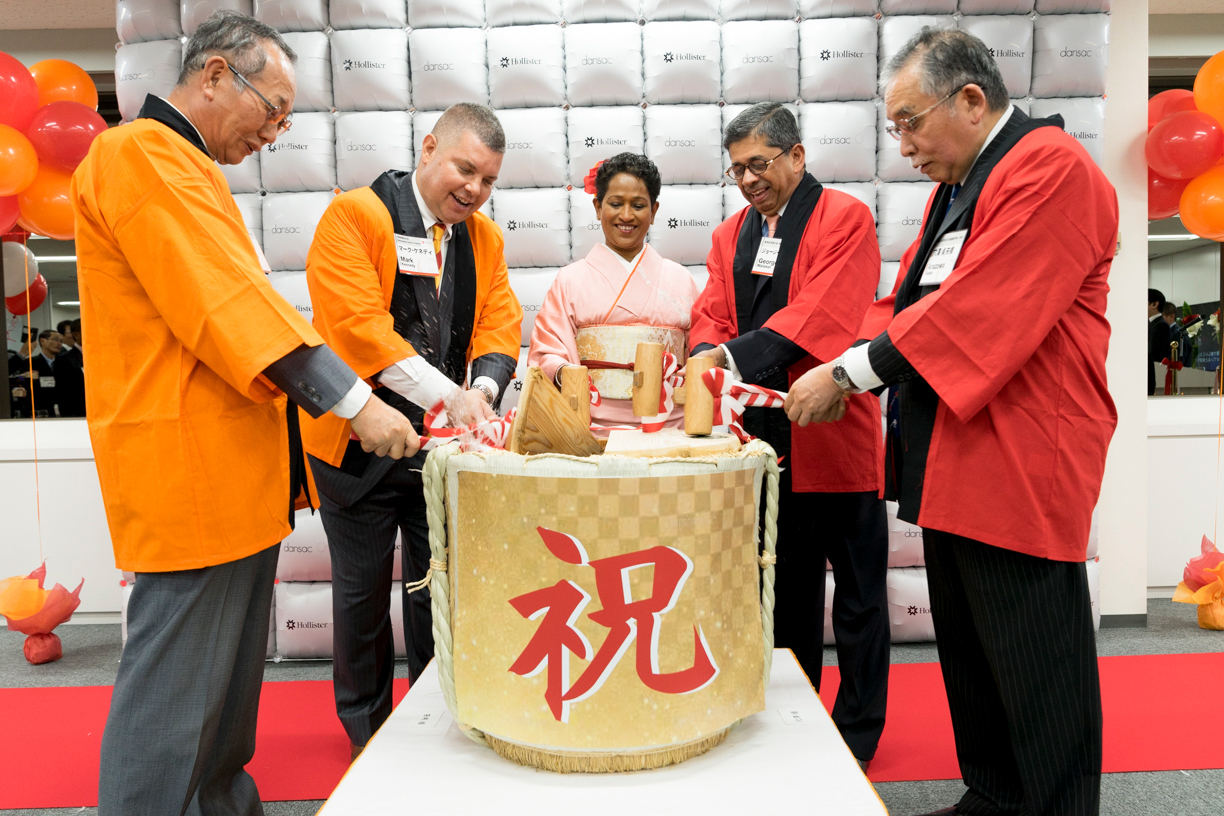 This year also marks the 20th anniversary of the opening of the company’s Tokyo, Japan, office. The Hollister team in Japan celebrated with a move to a new office in the Sphere Tower Tennozu. While the team moved into the new, expanded office space in mid-September, they recently held a formal ribbon cutting to celebrate the move and commemorate the company’s anniversary.

“In Japan, it is a long-standing tradition to celebrate one’s “coming of age” when one turns 20 years old. Such a milestone is celebrated each year on the same day by all of those who have recently turned 20 years old in a ceremony called seijinshiki,” said Mark Kennedy, Representative Director, President, Hollister Co. Ltd, Japan. “Young women wear a fancy kimono, a traditional robe-like dress, and young men dress up in a suit or sometimes wear a kimono like a samurai. In a sense, our team in Japan is celebrating its coming of age with a modern new location. And, like most 20 year olds, there is much optimism about the future.”

New office reflects growth of Hollister Japan
The new office expands the Japan team’s workspace by more than 20 percent and reflects the growth of the Hollister business during its 20 years in the country. In the new space, visitors are greeted by a large, two-story entranceway and an automated reception area. Associates work in a large open area to encourage collaboration.

A large conference room offers opportunities to host Associate meetings and customer events, such as healthcare seminars, on site. The large room can also be partitioned into smaller meeting rooms as needed. “The flexibility of the conference area allows us to hold more meetings in our own space rather than rent temporary space,” says Mark Kennedy.

A relaxation area also is available for Associates to take a break, hold an impromptu meeting or grab a bite to eat. Digital message monitors throughout the office space help keep Associates apprised of company and office news. The building is located near train and bus transportation and conforms to the most stringent earthquake resistant construction available.

“This new office is an affirmation of the tremendous growth Hollister Japan has experienced during the past 20 years,” says Kennedy. “This office also is a reflection of our company’s continued focus on the needs of our customers. Its design supports our collaborative work style and fosters greater creativity and opportunities to create stronger connections with our customers. It is our privilege to continue serving the people in Japan who depend on our products and services every day.” 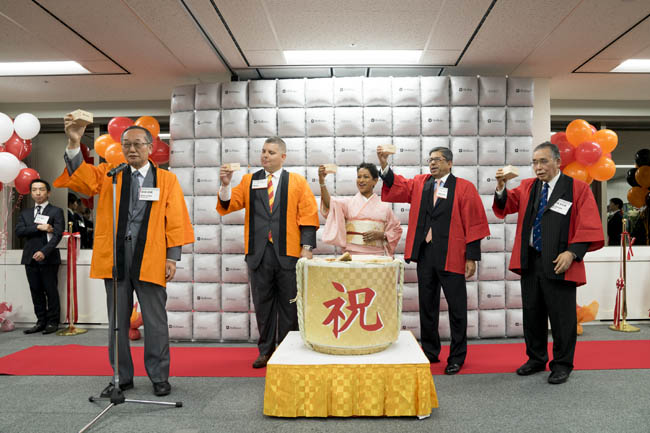 Company culture and founder’s legacy distinguish and define Hollister Incorporated
John Schneider and his wife, Minnie Schneider, created a strong sense of family within the company they founded. From the very beginning, John Schneider’s business philosophy was “only first class is good enough,” and the company became known for its quality products, service, and people. They created Hollister Incorporated on the underlying principles of dignity of the person, service, integrity, and stewardship.

“Our company’s foundation is built on the legacy John Schneider created,” explained George Maliekel. “That legacy and our company culture set us apart from most other companies and certainly from those in our industry. These attributes are the cornerstones of who we are and what we do, as we work to fulfill our mission of making life more rewarding and dignified for people who depend on our products and services.

“Our 95th anniversary is not simply a look back at our history. This is a living legacy that has been entrusted to our stewardship; a legacy for us to nurture and hand over to the next group of Hollister Associates who will follow us,” Maliekel continued. “Lastly, our anniversary is both a time to reflect on our history and to look forward to plan a bright future for our company, our Associates and the people we serve.”