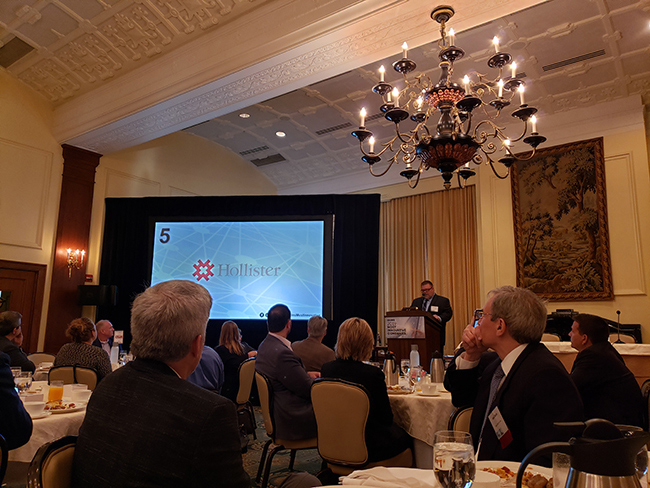 The top 10 companies had short features written about them. Click here to see the feature on Hollister Incorporated. Scroll further through the article to see the comprehensive list and also the list of the most registered patents last year.

To determine innovation rankings, Crain's takes into account quality of patents over quantity. Crain's uses patent data analytics performed by an intellectual property advisory firm, Ocean Tomo, to review the U.S. patents awarded to Chicago-area companies last year. Focusing on companies with at least five patents, it used an algorithm to rate the quality of their patents based on the likelihood that companies will invest to develop, maintain or defend them.

Congratulations to the Hollister inventors, technical community, and legal team for this achievement and for exemplifying our culture of innovation!