Part 2 — Sharing Their Voices to Inspire and Encourage Others

Meet more advocates and influencers who are raising ostomy awareness. 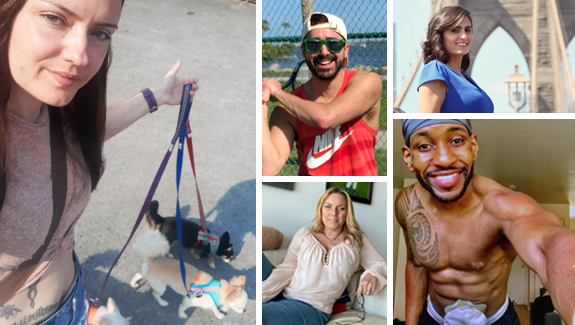 Diagnosed with ulcerative colitis in 2007, Sahara Fleetwood-Beresford admits to being near death more times than she cares to remember. “Life has been difficult to keep pushing through during these past years,” she says. “But I am so glad I did keep pushing.”

Sahara’s frustrations led her to begin increasing awareness of Inflammatory Bowel Disease (IBD) online by founding the campaign #IBDSuperHeroes. “What started as a need to raise awareness became so much more,” she says. “It became a support system, a place for inspiration that I could draw strength from.”

Sahara blogs about her IBD journey (socialmediaibdostomy.com) and posts on Instagram (@sahara88uk). She also is a volunteer for Cure Crohn’s Colitis, where her social media expertise is put to good use. “The opportunities that have come my way because I have IBD are why I have ended up where I am today, and I am happy here,” notes Sahara. “I want to be the person I needed when I was diagnosed and struggling. I want all of the pain and ‘trauma’ I have been through to be worth something.” 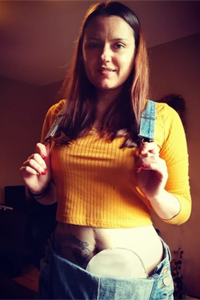 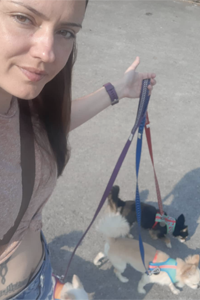 Prior to her surgery to remove a sarcoma tumor, LeeAnne Hayden competed in Fitness America competitions and once had a top five finish. Understandably, she was despondent about the surgery, which resulted in a colostomy.

However, her attitude changed when she was in the recovery room. “I had such a different view when I woke up,” says LeeAnne. “God left me here to do some work and I was not going to let Him down by playing small. I was going to live my life HUGE and give back to the world as much as I can.” One huge step she took was to compete in another fitness competition post-surgery to prove, “that we are all still beautiful in our bodies no matter what.”

Through her “LeeAnne In The City” podcast and Instagram account (@leeannehayden), she brings everything she has been through to others living with an ostomy. She encourages her followers to never give up on chasing their dreams, owning their own business, taking financial care of themselves, changing the lives of others, taking care of their health, and wanting more out of life. As she often says to anyone who will listen, “Your scars are what make you perfect! Love them!” 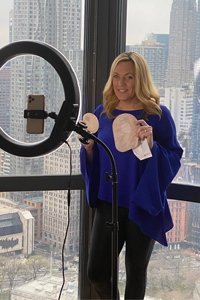 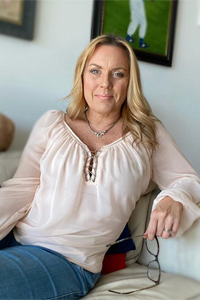 As a member of the Crohn’s & Colitis Foundation’s New England Chapter Young Professionals Committee, Shaun Campos relishes speaking about his 22 years of living with an ostomy. “My ostomy was there for every defining moment in my life,” he says. “My first dates, my first day of college, my first marathon. It gave me the strength to achieve.”

Shaun notes that the physical challenges of ostomy life were easier to overcome than the emotional ones. “I struggled with embarrassment, self-doubt, and anxiety,” he admits. “And I still struggle with some of these feelings today.” Despite this, he has been vocal about the issues facing the ostomy community. “I have traveled twice to Capitol Hill to advocate for step therapy reform, which gives power back to patients and their physicians, and improves access to care,” Shaun states proudly.

Shaun strives to have, “the courage to be a voice for patients who don’t have one.” He has helped organize a #NightInForTheCure fundraiser on behalf of the Foundation’s New England Chapter, which has raised over $500,000 total for the Foundation in the last five years. He also uses Instagram (@instacampos) to advocate for others with IBD and ostomies. 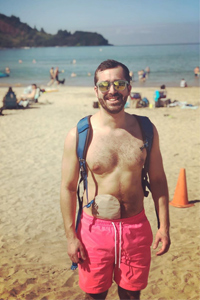 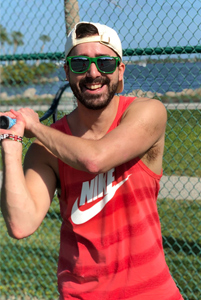 When IBD rendered her no longer able to work on Wall Street, Tina Aswani Omprakash devoted her life to advocating for the chronically ill and disabled, primarily through her website, “Own Your Crohn’s” and her social media platforms: @ownyourcrohns on Facebook, Instagram, and Twitter. “I want people to own their chronic illness and/or disability,” she says. “Own everything that might not fit societal norms and give it a voice, because what knocks us down can make us stronger, fiercer, and more united if we let it.”

She is also a firm believer in creating core support structures to help those living with IBD and ostomies cope with their conditions. “I facilitated the Women’s Support Group and helped launch the Teen IBD Social Group for the Crohn’s & Colitis Foundation in New York City. I also moderate an Indian IBD Facebook Group to create education and awareness for South Asians living with this illness,” she says. Tina has also led Facebook/Instagram Lives as well as Tweet Chats to help educate patients around the world and provide psychosocial support. “Please know that you are NOT alone in this journey,” says Tina. “There is help every step of the way.” 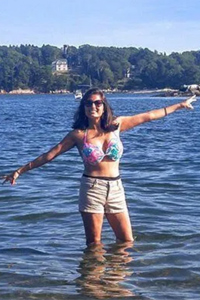 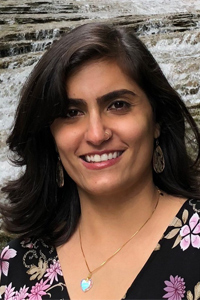 After Joel Nixon had ileostomy surgery in 2016, he found it difficult to talk about his stoma, let alone even look at it. Today, however, his thousands of Instagram followers (@crohnically.fit) know him as an ostomy awareness advocate. “In 2016, I told my doctor I would rather die than get an ostomy,” Joel admits. “Now it’s 2020 and I can honestly say it saved my life. I got back my quality of life.” Joel’s message to anyone living with an ostomy is to never be ashamed. “You don’t need anyone’s acceptance,” he says. “You just need to love and accept yourself.”

Joel believes that sharing his life story through social media can help someone having ostomy surgery or inspire someone struggling with their illness. “I encourage others to share their stories as well,” says Joel. “Everyone has one, and the more we can spread awareness within the ostomy community and beyond, the closer we can come to winning the fight against IBD and Crohn’s.” Appropriately enough, Joel ends many of his Instagram posts with this sign-off: “Keep fighting!” 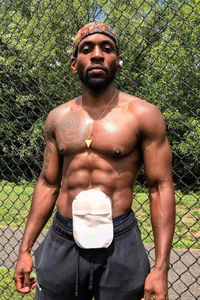 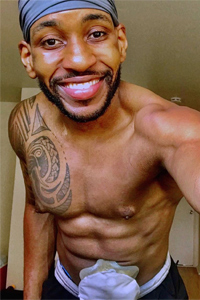 Interested in meeting more advocates and influencers? Read Part 1 — Sharing Their Voices to Inspire and Encourage Others