Support Is Crucial | Hollister US

Brenda Elsagher talks about the many ways that people with ostomies can find support and connection. 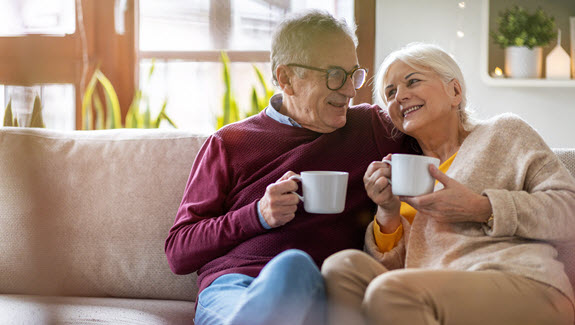 Support. I’m not talking about my bra, although it could win an Oscar for a supporting role! I’m talking about the kind of encouragement you get from knowing another person with an ostomy.

I freaked out when I was 39 and had to have a colostomy. I wanted a point of reference and needed to talk to someone who had a stoma. I wanted to know what to expect; I wanted to prepare my body and mind for the changes coming my way. There was no internet and no social media. I didn’t even know there was any other kind of ostomy besides a colostomy.

My Wound, Ostomy, and Continence Nurse (WOCN) was a great source of comfort. She calmly explained, without horror, that excrement (OK, I think she actually said “stool” – and I wouldn’t have used either of those words) would be coming out of my abdomen and into a bag that would somehow adhere to my body.

She made it sound like it would become so natural, as if I was adding a quart of milk to my shopping list. No big deal. You’ll get this in no time at all. And she said all of this with a confident smile – a genuine one, not a fake one like when people are trying to help you through something awful. I felt she meant it! So, I let myself believe her.

During one of my subsequent visits to her office, I saw a newsletter that listed a meeting time for people living with ostomies. I went to the meeting, and realized that this was my tribe. For many attendees, these gatherings were the only ostomy support they had, other than their loved ones who tried to understand but could never quite get it. Besides, here were people I could eat a meal with while talking about changing ostomy pouches. You can’t do that with every crowd! I met life-long friends at those meetings, and that was an unexpected perk.

Then I heard of a conference, the United Ostomy Associations of America (UOAA) national conference, where people came from all over the USA, and some from Canada and other countries too. It featured classes, social events, great speakers, and time to get to know more people with ostomies. A young man I talked to recently told me that he met someone at the 2009 conference who changed his life and made all the difference. If we only knew the power of a quiet conversation and how its impact can be phenomenal. We can be a resource for one another. That’s why I suggest regular telephone check-ins or video calls with UOAA Affiliated Support Groups (ASGs), because both can play a crucial role in helping someone feel connected.

I also found information galore and updates on the latest innovative technology for people with ostomies in The Phoenix magazine (the official publication of the UOAA), which still exists today. Not long after, I got America Online (AOL) and felt like I was on the forefront of technology. I had a computer, and now the internet. Imagine horns blasting – my world opened up and the exchange of information worldwide was awesome. Even more ways to communicate! A woman in Colorado who read my book, “If the Battle is Over, Why am I Still In Uniform,” emailed me, decided to get a colonoscopy, and was spared from cancer. That is a satisfying feeling, to know you gave up a year of your life to write a book and it saved another.

I began to speak across the USA. Who would have thought that 25 years later I am still talking about bowels and butts, or dare I say the lack of them in some cases? The people I have met, the conversations I have had, the opportunities that have come my way – all because I chose to meet with a small group of people. That experience led to an abundance of support, not only for me but for others I know with ostomies or continent diversions, because of all that we shared. Some shared their misery, some shared their success, and some listened, learned, and began to feel that they could deal with their situations. Finding the group was life enhancing, and even life-saving in many cases. I kept coming to help others, but have been helped in return many times over. A phrase that I often heard at the meetings was, “Someone reached out to me in the hospital, and I want to do the same.”

In my new role as the UOAA Director of ASG Affairs, I have come full circle as a volunteer. I meet so many people across the USA that are actively reaching out to others, and helping them on their paths to recovery of mind, body, and spirit. I am their cheerleader. Sometimes I can offer a suggestion or teach them how to use Zoom to stay connected. I have always known that the UOAA had our backs but I have now found so many more resources on their website that I never knew existed. There are over 300 ostomy support groups in the USA for people with ostomies and continent diversions. And for people who don’t like to go to group meetings, there is an individual membership too that gives them full access to an abundance of resources.

There is no right way or wrong way to have an ostomy. You don’t have to shout it out to the world, but there also is no reason to be ashamed about it. I honor your privacy, and thank you for honoring my desire to be public. Both are good. We are alive and grateful!

Brenda Elsagher is an author, international speaker, and comedian, and also volunteers with the UOAA. She has been living well with an ostomy for 25 years. Find out more about Brenda at www.livingandlaughing.com, and follow her on Facebook @BrendaElsagher.

Financial Disclosure: Brenda Elsagher received compensation from Hollister Incorporated for her contribution to this article.